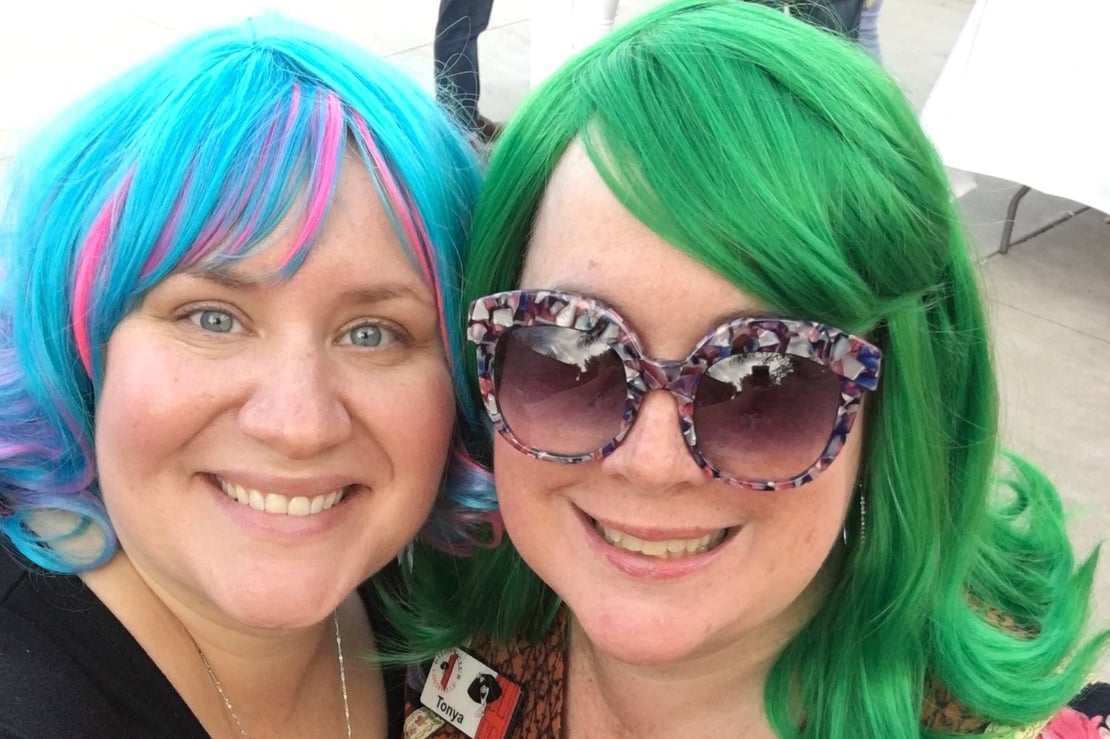 As part of an ongoing series featuring V-Soft Golf Scramble beneficiary Gilda's Club Kentuckiana, we're showcasing experiences of people impacted by the charity making such a difference in our community.

Lori Mangum serves as an associate board member of Gilda's Club Kentuckiana helping with programming, special events, fundraising and volunteering.

Lori's journey with Gilda's Club began in March 2015, 4 months after she was diagnosed with a rare form of cancer in her forehead called sarcoma, which is an invasion of soft tissue. In her case, the sarcoma was in tentacle formation and the only available treatment option was complicated surgery. 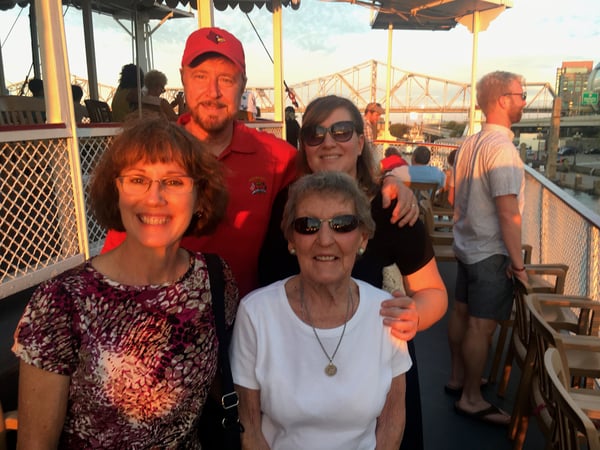 She was recommended to Gilda's Club by a therapist, which was provided to her as a free resource at her job.

"The therapist said, ‘You know, you're really good at taking care of everyone around you and making sure they're ok, but who is taking care of you?' He gave me some homework: to find a therapeutic space, a community that could support my cancer journey."

That space ended up being Gilda's Club. Lori said she was skeptical of Gilda's Club but thought she would humor her therapist.

By this point, Lori had undergone multiple surgeries to remove the sarcoma.

"I was disfigured for a while after those surgeries and got used to people staring and asking questions."

But when Lori walked into Gilda's Club for the first time, no one stared.

“They looked me in the eye, they treated me like a human. They looked past my disease."

Lori recalls one of her most special memories at Gilda's Club was when she was a member speaker at Gilda's Night — the biggest fundraiser of the year, held in November.

"While I was going through my treatment, I knew of only one other Caucasian woman in the state that had the same sarcoma as me, but of course with medical records being private, I was never able to get contact information or even a name."

Lori shared her story during Gilda's Night and an audience member came forward after her speech.

"She was crying, and she introduced herself as the other woman with the same disease. We embraced and started sharing our experiences. It was like, 'You get it and you're the only one who gets it.’''

Lori eventually beat the sarcoma after 9 surgeries in 9 months and worked with a plastic surgeon to undergo reconstructive surgery.

"Once you're a member of Gilda's Club, you're a member for life. But I ‘graduated’ after becoming cancer free and my role transitioned. I now serve as a volunteer and board member."

Now, working on the service side of the organization, Lori said it's great to see so many new members joining and seeing the same kind of uncertainty she first felt dissipate.

"They're skeptical at first, but then you see them take a hold of their journey as the driver instead of as a passenger with no control. We choose how we live with cancer. We can choose to live in sorrow and pain, or we can choose laughter and joy." 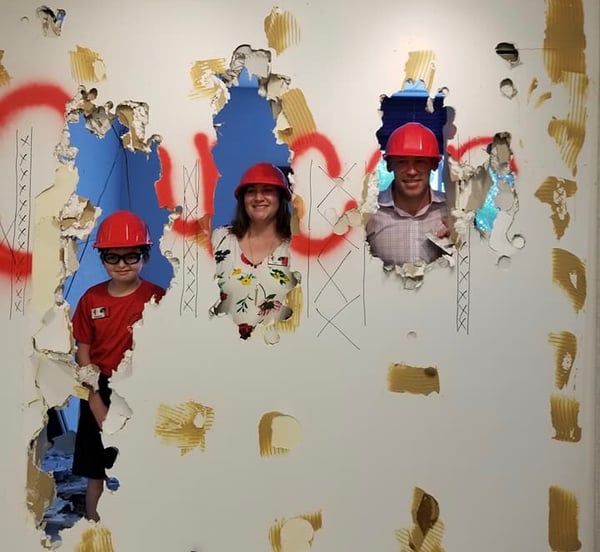 Lori said there's more laughter in that building than anywhere else.

“If you've been impacted in anyway by cancer — whether you're battling cancer, taking care of someone with cancer or mourning the loss of someone — there is a place for you there and it's free, so why not?"

If you would like to get involved in the V-Soft Cares Golf Scramble by sponsoring, donating, or volunteering please send a note to cares@vsoftconsulting.com. 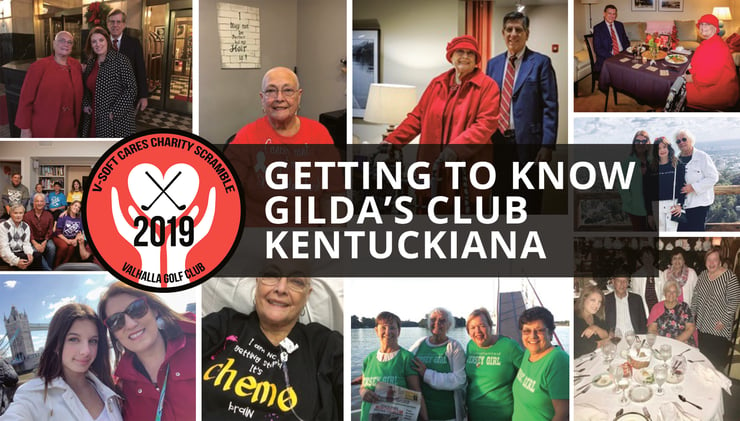 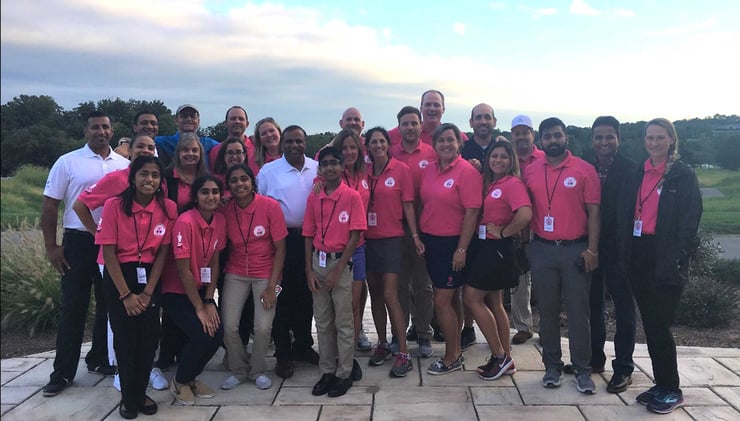 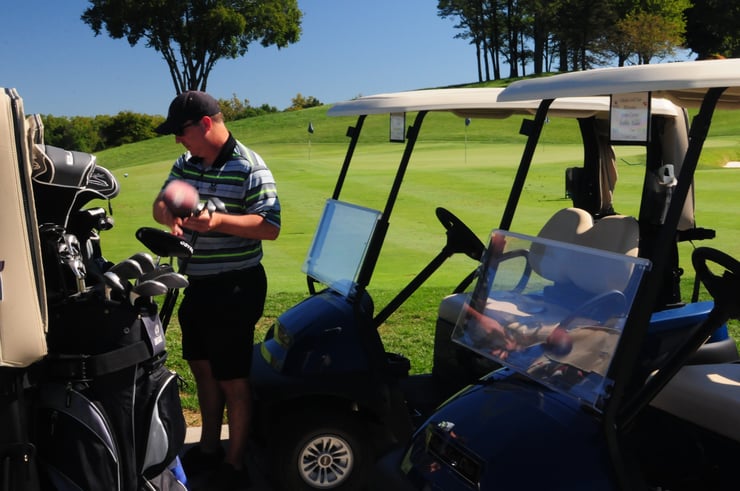