Women in Technology: Bridging the Gap 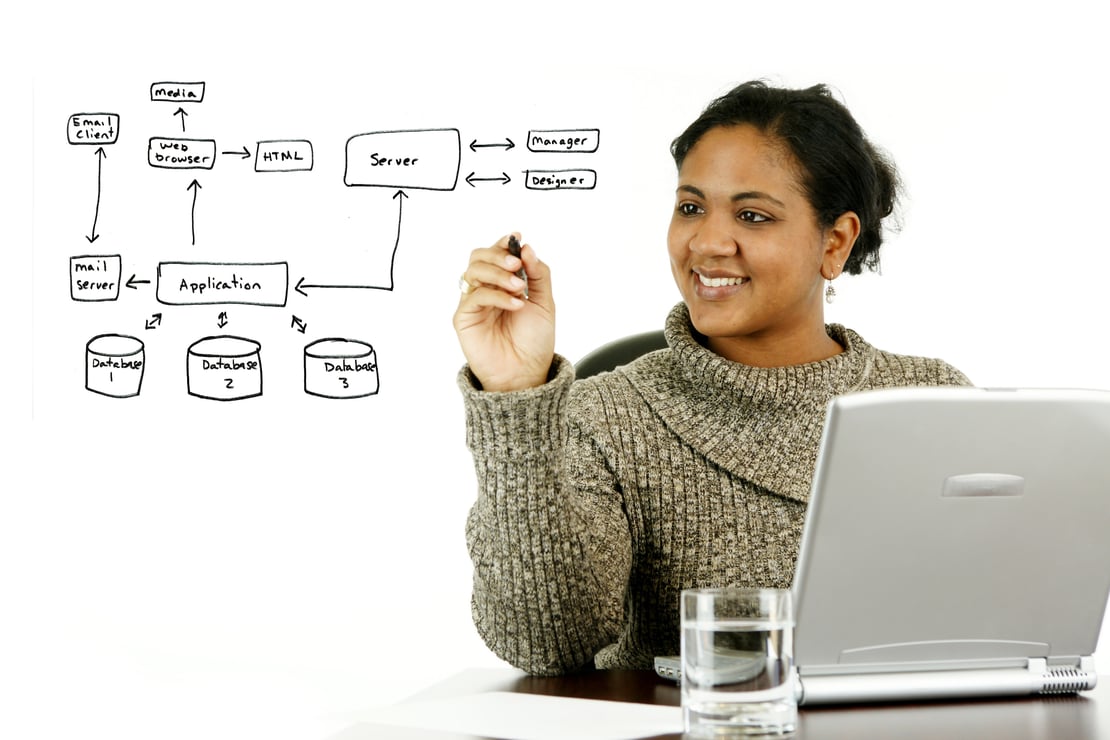 The gap between men and women employed in the tech field is wide, and something that companies are struggling to repair. With 56 percent of the workforce consisting of women, and with the tech industry hurting for skilled workers, encouraging women to pursue tech careers is more important now than ever. Check out our blog to understand why women's numbers are so few in tech programs, and what we can do as a community to help:

A Severe Lack of Women Developers

Women dominate the professional workforce. According to the Women Who Tech Telesummit, 56 percent of professionals in the United States are women. In addition to holding the lion’s share of the office, 55 percent of social media users (Facebook and Twitter,) are women. With numbers like these, you’d think women were equals in the tech sphere, right? Unfortunately, the tech bubble isn’t anywhere near breaking away from its “boy’s club” status. Less than 30 percent of proprietary software and IT jobs are held by women, and only 11 percent of women are executives at Fortune 500 companies.

These numbers seem bleak, and there is a long way to go toward improving women’s roles in the tech industry, however it’s not all bad news! Women are starting their own businesses at a rate of 1.5 times the national average, according to Women Who Tech. The Fortune 500 companies that had at least three women directors at the time of Women Who Tech’s survey also saw 53 percent increase in return on equity, 42 percent increase on sales, and a 66 percent return on capital increase!

What is Keeping Women Away from the Tech Industry?

Why, though, is there such a lack of women in the Tech Industry? We’ve found a couple of reasons that primarily boil down to two things: One, computers for children have traditionally been marketed as “boys” toys. And two, the talent pipeline has some significant leaks.

Women Often Are Discouraged from Learning About Technology

Up until 1984, women’s numbers in computing classes were on the rise—along with careers such as medicine and law. But around this time, you needed a home computer to really succeed in any computing programs. According to NPR’s video on the topic, advertising for computers from makers such as Apple tended to be geared toward a more masculine market—reinforcing the gender stereotype that computers are “boy’s toys.” A simple solution that professor Allan Fisher found was to add an intro course at Carnegie Mellon for women who hadn’t had a lot of informal computer experience—since the computers were in their brother’s or male friend’s domains and not theirs. This class worked—by 2000, 42 percent of people enrolled in computing classes were women.

A Leak in the Talent Pipeline

Silicon Valley companies’ slow process in employing more women—particularly women of color—generates criticism every year. According to NPR, “Often, they say they simply can’t find enough qualified workers to hire.” Usually social media is the gateway into the coding world. 10 years ago it was MySpace, today it’s Snapchat and Instagram. However, social media has become less and less customizable—in order to make it user-friendly for the less tech-savvy older generations—which is causing young girls to feel less confident that they would be successful in the tech industry. In the days of MySpace, young girls were learning HTML and CSS without even knowing it. Dalia Icedo, one of the women interviewed in NPR’s article, said being able to easily pick up JavaScript gave her more confidence when it came to pursuing a career in tech.

Gaps in the way boys and girls are socialized in terms of technology create leaks in the talent pipeline that only widens with race. Jasmine Fernandez, one of the young women NPR wrote about in their article, was placed at Facebook and quickly realized she was one of the few people of color working in her department. This experience can feel alienating and deter some from pursing their career of choice—in addition to the fact that often these women are discouraged from pursing tech as a career, as the startup nature of it can be very unstable—startups open and fail every day. People self-select—meaning, they won’t typically pursue careers that seem stacked against them. To succeed in these roles, they need models of success from others like them.

How Can We Change This?

Most hiring managers and CEOs want to change this gender gap, but aren't sure where to begin. A key element is mentorship.

Members of the tech community are challenging one another to provide strong mentorship for young women.  Raquel Vélez, a mentor in the Girls Who Code program, said "One of my favorite quotes ever is, 'You can't be it if you can't see it.’ Believe me, I have like 25 mentors, and it's the only way I can make it through, because so often I'm the only one."

Mentorship can help young people picture themselves in the future as leaders in the tech industry. Equally important, however, is continued support once those individuals are placed in the industry. Silicon Valley is described as a “boys’ club whose networks tend to stay white, male, and affluent.” Some companies are combating this by using computer programs to avoid hiring biases such as subconscious discrimination based on school attended or last name.

How Do We Create Role Models? The Path Isn't Totally Clear

In order to have mentors for young people, though, they have to be created. The solution to finding these role models is complicated—and the solution isn’t entirely figured out yet.  “In a way, the push for diversity in tech is still so new, it's often treated as a cause or a mission — and fighting for a cause and running a business aren't the same. At the end of the day, Atipica and Opternative weren't founded to heal Silicon Valley's diversity problem — but to fill what they see as a market need,” NPR said. However, some companies, such as Intel and Twitter, have started to release hiring goals. These goals make diversity a quantifiable term, making diverse hiring someone’s responsibility, rather than just a blanket statement included in a company’s vision.

Skilled Tech is, and Will Continue to be, in High Demand

Skilled tech workers are in high demand; and will only become more needed in coming years. Bridging the gender gap in tech is a great start to help fill that demand. "We're going to have a jobs deficit that is so huge, that if we don't fill it, we're going to have severe economic consequences. Women and everybody who's currently underrepresented in the tech industry has to gain those skill sets, because otherwise, it will not go well for any of us,” Diversity Advocate Deldelp Medina said in an interview.

Increasing the number of skilled tech workers can only help the tech world. 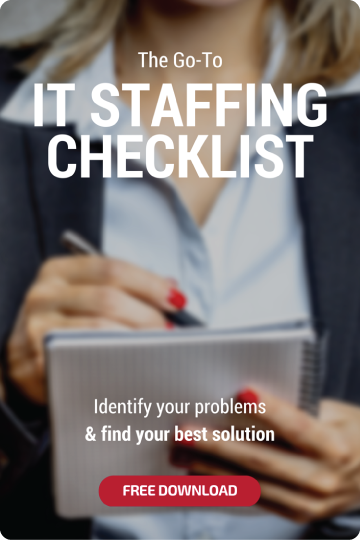 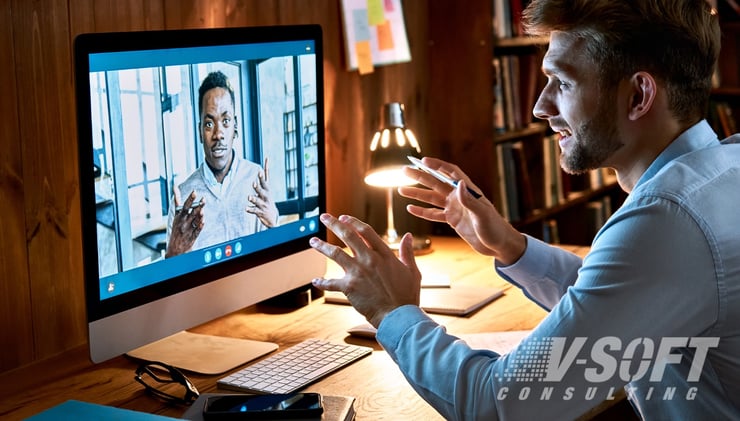 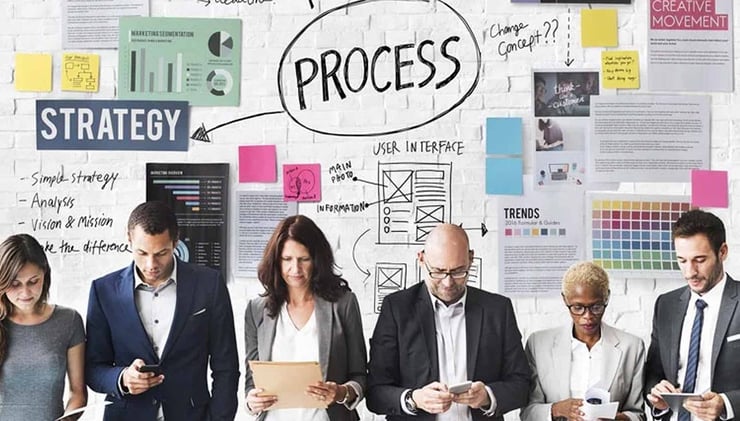 5 Tips for Hiring the Right Employee